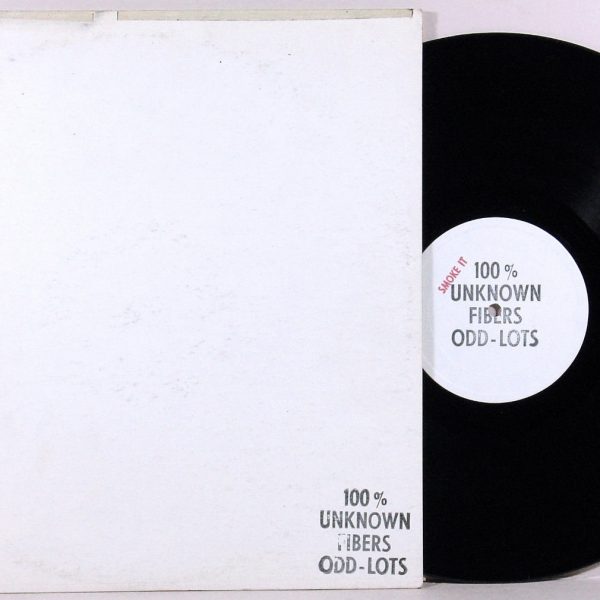 Original press (not the aborted German reissue) of the obscure audio journal from the spontaneous free festival “Laguna Beach Happening” on Christmas day 1970 (which actually continued for two more days until the police finally shut it down). The festival featured a lot of local unknown underground psych bands and was closely tied to legendary LSD distributors the Brotherhood of Eternal Love. Only a handful of known copies exist of this monster psych rarity. Some copies came with several inserts pertaining to the festival, but this copy has none. There are three tracks on each side, and two local groups called Sea & East Utopian Mission and Live Wire are definitely on the album. (Two others, Sound Spectrum and Primal Scream, are also likely candidates.) Overall, the music is highly improv-driven heavy acid-drenched psych rock, some based on specific songs, and featuring extensive fuzz leads and various effects, yielding a strong psych flavor. The segments of topical stage banter (dealing with the war in Vietnam, displeasure with then president Nixon, and the need for more Thorazine) add a tremendous amount of period flavor to the proceedings. One guy goes into a hostile rant about war, Nixon and Angela Davis, before being cut off with the reminder that the festival is about “love, not aggression”. The stage announcements combine with the crowd ambience, hovering police helicopters, and raw, improvised music to capture a moment in time, warts and all. The sound quality, while certainly not top notch, is definitely on a par with the best boots of the era. The music was selected from “72 hours” of recordings, and the performers were “100% unidentified” (hence the title), but a few copies did end up with some of the performers, so it appears at least one of the organizers was involved in its production in early 1971. Overall this is truly a lost heavy psych classic, with feedback and non-commercial freak outs galore. Yeah, there’s a track that’s more psych folky, but the brunt of this is surprisingly aggressive. Crazy.
Artist: 100% UNKNOWN FIBERS
Title: ODD-LOTS
Year: 1971
Country: USA
Dead Wax Numbers: STUFF-1 / STUFF-2 (etched)
Weight: 124 grams
Cover Format: thick standard. wraparound front slick with paste-on rear panel, bottom right front corner is rubber stamped, rear is blank
Cover Condition: VG (sharp, crisp, vivid & tight, would be close to NM but top seam is completely split & has tape discoloration + some upper spine wear)
Vinyl Condition: 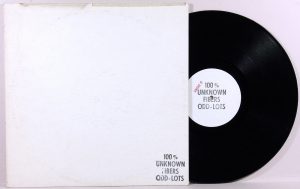