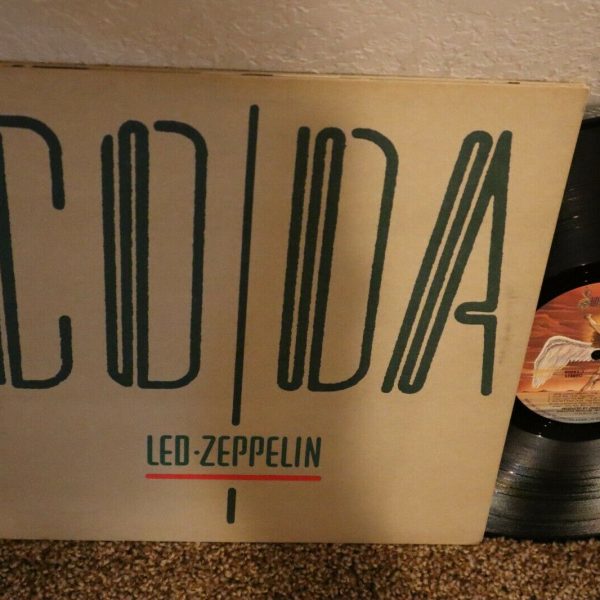 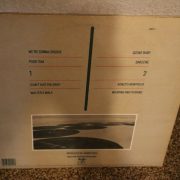 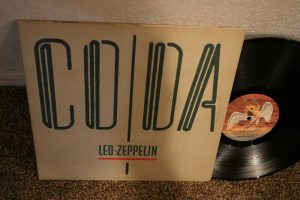 The legendary Led Zeppelin drummer John Bonham died the 25th of September 1980 after a night of heavy drinking. A few days later the remaining band members Jimmy Page, Robert Plant and John Paul Jones announced that they wont continue to make music without Bonzo. He was irreplaceable; he was the heart of the band. The career of the biggest hard rock band was finished after 12 eventful years.

One year after Bonzo’s death there were rumors that the band would reunite to make another album. And indeed bass played John Paul Jones, singer Robert Plant and guitarist Jimmy Page got together to work on another album not because they wanted to make another album, but in 1974 the band signed a contract for five studio albums with Atlantics and they had to release one final album to fulfill this contract.
The band had absolutely not motivation to write new songs so they just made a collection of songs, which were not used on the band’s studio albums. Overdubs were added, where they were necessary and without big promotion the album was released.

“Coda” is of course the weakest album in the discography of Led Zeppelin but still it features some cool tracks and it’s a must have for any Led Zeppelin fan to complete the collection. The coolest tracks are the opening “We’re Gonna Groove”, a track that used to be the first track Led Zeppelin played at their concerts in the early 70s, the catchy “Ozone Baby”, the heavy “Wearing and Tearing”, Zeppelin’s answer to Punk rock and the semi-acoustic gem “Poor Tom”.
Another interesting track is “Bonzo’s Montreux”, another drum solo à la “Moby Dick”, which once again proves that John Bonham was one of the 3 best drummers of all time and that it was the right decision to not continue without him. And we have learnt one thing from all the Zeppelin reunion, then that only his son Jason was able to replace him.