AEROSMITH “TOYS IN THE ATTIC” IN SHRINK! 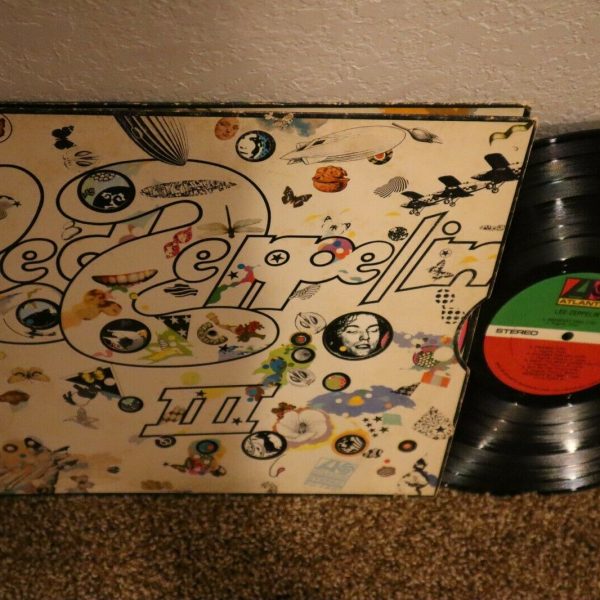 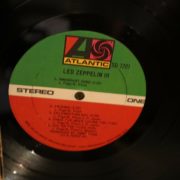 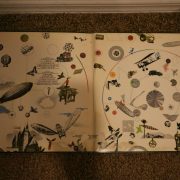 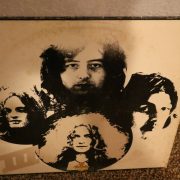 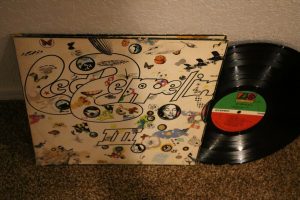 LED ZEPPELIN “III” (U.S.ATLANTIC) 1970 THIS IS THE ORIGINAL LED ZEPPELIN III RECORD ALBUM. THE ALBUM IS ON ATLANTIC RECORDS #SD 7201 FROM 1970. THE GATEFOLD COVER WITH WORKING PIN WHEEL IS VG+ WITH SOME EDGE, SURFACE WEAR ALSO HAS SOME INNER BOTTOM MOISTURE WEAR. THE RECORD IS VG+ WITH SOME LIGHT SCUFFS.another great album.It starts out with one of the most recognizable riffs and vocals sounds ever from “Immigrant Song”, right away this album lets you know you are into something amazing. This of course also has some of their most impressive songs like “Gallows Pole”, “Bron-Y Aur Stomp” and “Out Of The Tiles” to name a few but I’d be shocked if you could find a bad song on here. The album is still definitely full of rock, it has the wonderfully blusey guitars, but it also contains many acoustic and folkish elements adding a sort of extra dimension to everything. The first half certainly leans more towards the electric, and the second half is more acoustic, but it still rocks quite hard, they certainly haven’t slowed up. It’s such a creative effort yet it definitely should have something for everyone. It maybe isn’t my instant favorite of their albums or anything, but this seems like the type of album that grows and grows on a person and since I’ve nearly worn out I and IV this is the one I think I’ll be reaching for