EAST SIDE KIDS “The Tiger and the Lamb” psych! 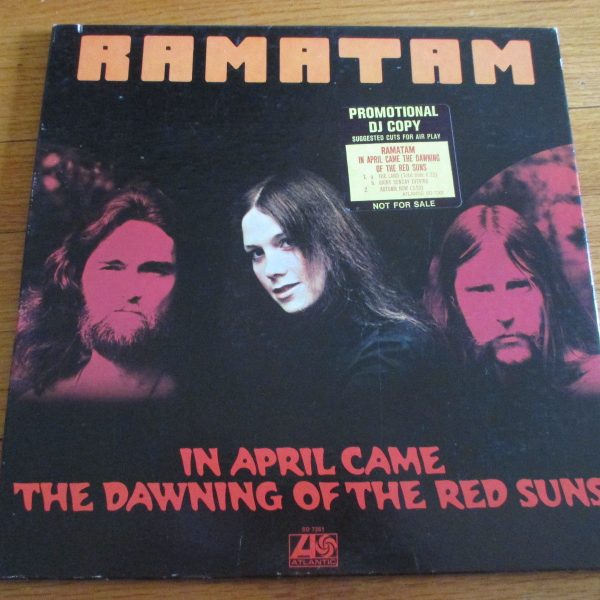 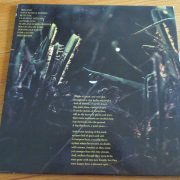 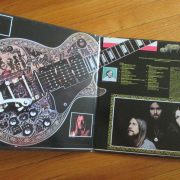 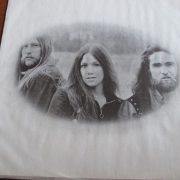 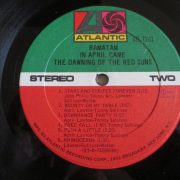 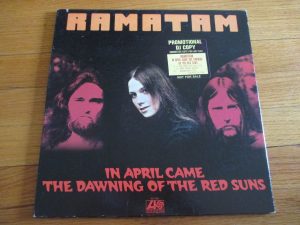 Produced by Geoffrey Haslam, the blow hard title served as an indication the group’s 1973 follow-up “In April Came the Dawning of the Red Suns”  was going to be a trying affair.  In spite of the personnel shake up these folks were still a band without a distinctive sound.  With all three principals contributing to the writing chores, musically the eleven tracks bounced all over the spectrum, with only a couple of songs making a lasting impression.  Mind you, versatility was a nice trait for a band to have, but when it included stabs at a Sousa march (‘Stars and Stripes Forever’) and a slice of classical guitar (‘Excerpt from Guitar Concerto # 1’), the results were simply ill focused and frustrating.

– Overlooking the inept orchestration, ‘The Land’ sounded like a meeting between America and Crosby, Stills, and Nash.  A pretty country-rock number, the track would have been far better with a stripped down arrangement since the strings simply distracted you from the nice melody and wonderful group harmonies.  As it was, the song was one of the standout performances on the album.   rating: **** stars
– Blending into ‘The Land’, ”Rainy Sunday Evenin’ featured a more distinctive country feel.  Pretty, but not as impressive as the opener.   rating: *** stars
– With Sullivan handling the vocals, ‘Betty Lou’ was an okay slice of boogie-rock.  Truth be told, Sullivan wasn’t a great singer, and on this one he seemed to be stretching those limited talents in an effort to give the track that need umph …  The result was simply shrill.  The same was true for Lawton’s brief solos.   rating: ** stars
– Opening with a weird interlude of jazz, ‘I Can Only Love You’ was a straight ahead rocker.  The basic song was actually quite good, but the melody kept fading in and out.  Add in some needless horn charts, and frenetic, but poorly focused Lawton solos and what could have been one of the album standouts was merely professional and competent.  Actually this one was simply a mess.   rating: ** stars
– I’m guessing the brief instrumental ‘Excerpt from Guitar Concerto # 1’ was intended to showcase Lawton’s dexterity and versatility.   Well, it was brief.   rating: ** stars
– ‘Autumn Now’ ended the first side with a pretty, country-tinged acoustic ballad.  Imagine a Robbie Robertson and the Band vibe (with a touch of Gary Brooker organ) and you’d be in the right neighborhood.  This was one of the two songs on side one that I’d want to head again.   rating: *** stars
– Why would anyone bother to record a rock version of ‘Stars and Stripes Forever’?   rating: * star
– A pretty acoustic ballad, ‘Bounty On My Table’ found the trio mining the America catalog again.   rating: *** stars
– Apparently intended to showcase they could play real rock and roll, ‘Downrange Party’ simply came off as shrill and tuneless – imagine a bunch of stoned teenagers trying to emmulate Hendrix.  It also sounded like the track had been recorded over a bad long distance phone line.  Once again Lawton’s solos were loud and frenetic, but not particularly memorable.   rating: ** stars
– ‘Free Fall’ was sixty second of synthesizer noodling.  Guess they needed to turn in a set amount of music.  Yech.  rating: * star
– ‘Push a Little’ found the band taking a stab at Southern rock.  Once again, there as a decent song buried in there somewhere, though good luck finding it buried in the horns and other debris.  At least Lawton got an opportunity to show she could play fast.  Very fast.   rating: ** stars
– So why not end the album with a slice of 1950s-styled rock?  For anyone who thought that would be a good idea (I wasn’t one of them), there was ‘Rhinoceros’.   The jungle sound effects were interesting, though the song itself sucked.  rating: * star

Following the second album Ramatam called it quits.  Lawton formed the cleverly named April Lawton Band which survived without much attention through the late 1970s.  At that point she quit the business, focusing her attention on family life, art and graphic design.  Sadly, only 56, she died of heart failure in November 2006.  There’s a small, but nice Lawton tribute site at: