“Got My Eyes on You”, “Coast to Coast”
After doing some research on this, I now believe I have a much clearer picture. Apparently, this Cal. band recorded their album in L.A., in 1968~9. Whether they recorded it in Johnny Kitchen’s studio or not, somehow, Kitchen ended up with the tapes. According to The Acid Archives, he had some kind of deal going with the owner of the Condor record label in Canada, wherein he would send album tapes up north, to be released on Condor, with different and/or completely made up artist names. The exact number of these albums is not known, but may have been as many as 30, and this album was one of those included in the transactions. Condor re-released the album in 1970 as The Blues Train , totally without Morning Reign’s knowledge or consent, just as they did with so many of the other albums involved in these shady dealings. This original issue of their album is way rare, and doesn’t even have an entry in Acid Archive, or Hans Pakora’s 1000’s of Record Collector Dreams book series, though the much more common Blues Train version makes it into both. The exact number pressed is unknown, but most likely less than 50. Musically, it’s blues, blues/rock, and progressive blues rock instrumentals. 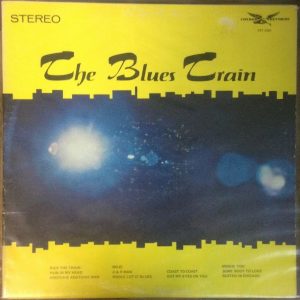