SWEETWATER “SAME SEALED THEY WERE AT WOODSTOCK!

T.I.M.E. “Same” (U.S.Liberty) 1968   (Trust In Men Everywhere) yeah right…  (Liberty lst-7558)  [die-cut window]
This is a terrific early psych album, somewhere between garage rock and popsike. The songs are highly memorable, the production is clever and surprising, and it’s full of could-have-been-hits. It’s like listening to a really solid NUGGETS-style compilation. The songs are consistently catchy and they grow on you. One of the very best of its kind. Cool die-cut cover. Dumb band name, though. 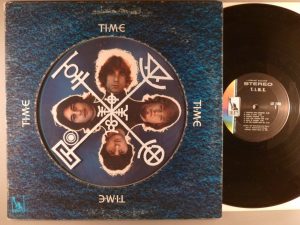