STRAWBERRY PATH “WHEN THE RAVEN HAS COME” TERRIFIC HENDRIXY PSYCH! 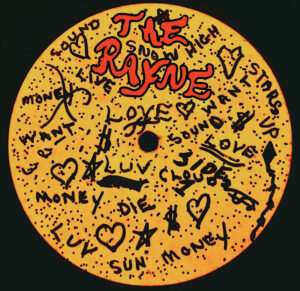 THE RAYNE “SAME” (U.S.VOID RECORDS) VOID64 2022    BRAND NEW ISSUE OF MID TO LATE 60’S GARAGE POP PSYCH BAND FROM N.Y. Comprised of  6 period originals, plus 3 period covers and 2 later songs, the Rayne have a west coast psych sound with female/male vox…..450 press on black vinyl, band insert   sealed…Sure to be a sellout.  Thanks to Hank Mishkoff

Playing covers of top-40 hits, The Rayne
stood out for its tight multi-part harmonies. Hank
and Barry blended well – but Lisa, with her range
and golden tones, could knock a song out of the
park (à la The Rayne’s take on Spanky and Our
Gang’s hit “Sunday Will Never Be the Same,”
included here). The new band played the usual
local high-school mixers, church and countryclub dances, and private parties. They even drove
down to NY’s Greenwich Village to play the
legendary Bitter End Café and Café Wha.
To get to the next level, Hank and Barry
started composing original songs. In 1967, the
band found a sound engineer who ran his own
home recording studio in nearby White Plains. So
they booked a Saturday session. (No school!) The
recording process was rudimentary. The band
played the instrumental parts on one track; then
Barry, Hank, and Lisa crowded around a single
mic to cut vocals on a second track. Lisa was
even able to harmonize with herself when the two
tracks were mixed to a second recording machine,
creating a finished monaural recording. Pleased
with the results, they booked a second session and
cut a few more songs. It’s fun to hear the trendy
psychedelic influence of the times in some songs,
as well as a more classic, hooky, and timeless
approach in others.
Hank and Len took the glassy acetate
discs to some NYC record-biz people, and they
did manage to generate some interest. Sadly, The
Rayne was unable to follow up. Hank, Barry, and
Paul had committed to leave for various colleges
in the fall of 1967. Though the band would later
regroup for a few more gigs, once Len and Lisa
also left for their colleges it was over for the band
– but not for the individual members who would
go on to significant successes on their own.