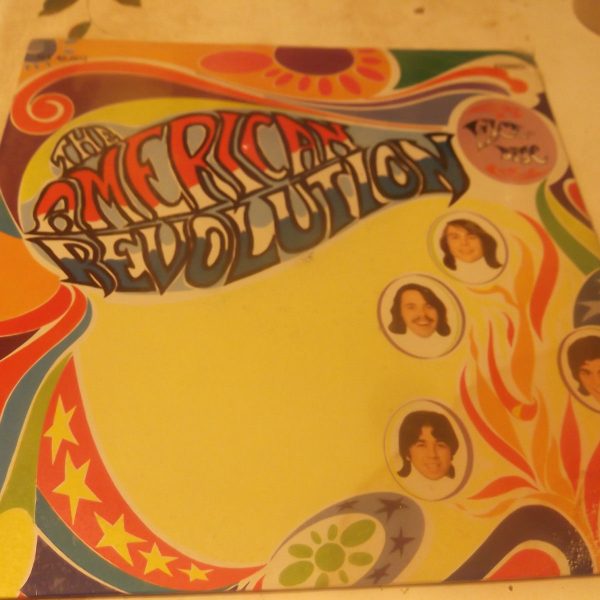 Water stain to bottom right as shown All else fine. Rare psych pop from 1968!

“American Revolution” 1967 (Flick Disc fls-45002)
Signed by the MGM-affiliated Flick Disc label, the quartet’s 1968 debut “The American Revolution” found the quartet working with four separate producers (Harley Hatcher, the team of Mike Lloyd and Mike Curb, and Larry Brown). Musically the collection was all over the spectrum, including haphazard stabs at Rascals-styled blue-eyed soul (“Come On and Get It”), Beatles-styled psychedelia (the hysterically inept “In the Late Afternoon” and “Opus #1”) and Buckinghams-styled horns (“Love Has Got Me Down). Unfortunately, while all four principles sang,  Poppy psych like 1968 and flick disc can give you!